HIGHLIGHTS OF OUR PRODUCTS AND SERVICE

A fire detection & alarm system is a security setup that comes with a number of devices working together as a unit to detect and warn people in case of danger.

The warning is mainly through visual and audio appliances when smoke, fire, carbon monoxide or other emergencies are present.

Some of these alarms come with inbuilt functionality that enables them to be activated automatically from smoke detectors and heat detectors.

There are some that need to be activated via manual fire alarm activation devices such as manual call points or pull stations. Alarms can be either motorized bells or wall mountable sounders or horns. 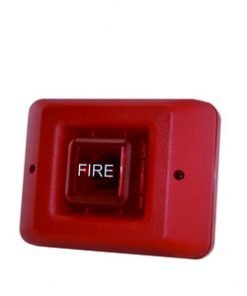 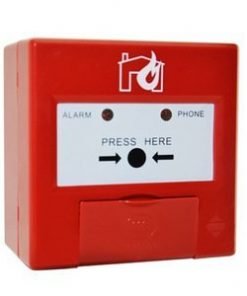 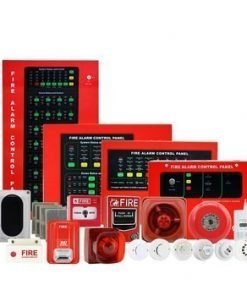 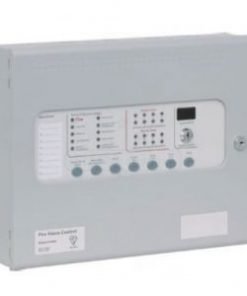 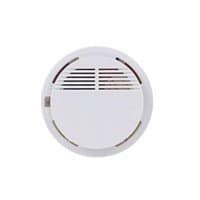 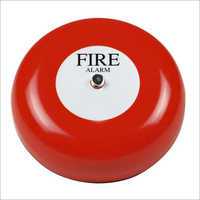 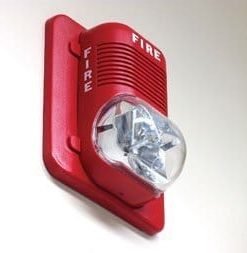 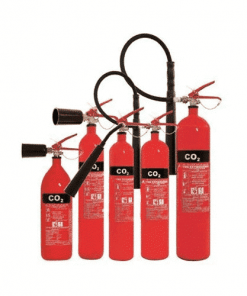 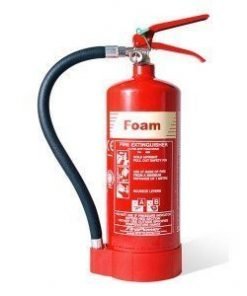 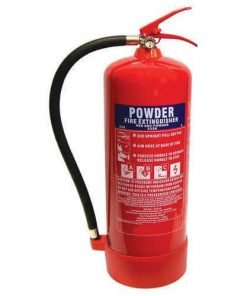 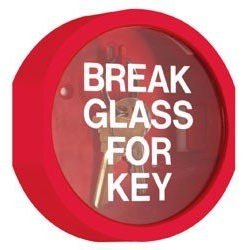 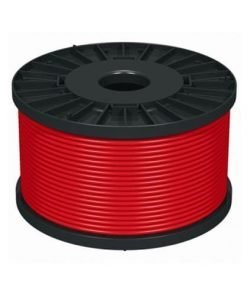 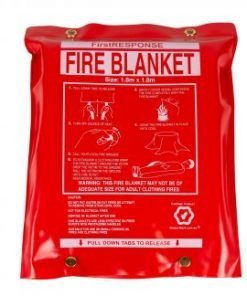 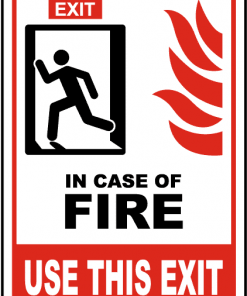 Fire Signs. In Case of Fire Use This Exit Sign

The choice of fire alarm system depends on the building structure, the purpose and use of the building and current legislation.

We have compiled a brief description of the major components which go together in making up a fire alarm system.

If a detector detects smoke or heat or someone operates a break glass unit (manual break point), then alarm sounders operate to warn others in the building that there may be a fire and to evacuate.

It may also incorporate remote signaling equipment which would alert the fire brigade via a central station. Fire Alarm Systems can be broken down into four categories:

In a Conventional Fire Alarm System, a number of call points and detectors are wired to the Fire Alarm Control Panel in Zones.

A Zone is a circuit and typically one would wire a circuit per floor or fire compartment. The Fire Alarm Control Panel has a number of Zone Lamps.

The reason for having Zones is to give a rough idea as to where a fire has occurred. This is important for the fire brigade and of course for the building management.

The accuracy of knowing where a fire has started is controlled by the number of Zones a Control Panel has and the number of circuits that have been wired within the building.

The Control Panel is wired to a minimum of two sounder circuits which could contain bells, electronic sounders or other audible devices. Each circuit has an end of line device which is used for monitoring purposes.

The detection principle of an Addressable System is similar to a Conventional System except that the Control Panel can determine exactly which detector or call point has initiated the alarm.

The detection circuit is wired as a loop and up to 99 devices may be connected to each loop. The detectors are essentially Conventional Detectors, with an address built-in.

The address in each detector is set by dial switches and the Control Panel is programmed to display the information required when that particular detector is operated.

Additional Field Devices are available which may be wired to the loop for detection only i.e. it is possible to detect a normally open contact closing such as sprinkler flow switch, or a normally closed contact opening.

Sounders are wired in a minimum of two sounder circuits exactly as a Conventional System. Loop Isolation Modules are available for fitting on to the detection loop/loops such that the loop is sectioned in order to ensure that a short circuit, or one fault will only cause the loss of a minimal part of the system.

The bulk of standard Analogue Detectors available are fairly stupid as the Detectors can only give output signals representing the value of detected phenomena.

Their primary purpose is to help prevent the occurrence of false alarms. With the Analogue Addressable System, up to 127 input devices i.e. Smoke Detectors, Call Points, Heat Detectors, Contact Monitors and other interface devices may be wired to each detection loop.

In addition to the 127 Input Devices, up to 32 Output Devices such as Loop Sounders, Relay Modules, and Sounder Modules may be connected.

Analogue Systems are available in 2, 4 and 8 loop versions which means large premises can be monitored from one single panel. Isolator units should be connected between sections of detectors as described for Addressable Systems.

They utilize secure, license-free radio communications to interconnect the sensors and devices (smoke detectors, call-points, etc.) with the controllers.

It is a simple concept, which provides many unique benefits and is a full analog addressable fire detection system without the need for a cable. Call us today or visit our Nairobi shop and buy all these fire and alarm devices at a very affordable price.