Networking cables are networking hardware used to connect one network device to other network devices or to connect two or more computers to share printers, scanners etc. Different types of network cables, such as coaxial cable, optical fiber cable, and twisted pair cables, are used depending on the network’s physical layer, topology, and size. The devices can be separated by a few meters (e.g. via Ethernet) or nearly unlimited distances (e.g. via the interconnections of the Internet). There are several technologies used for network connections. Patch cables are used for short distances in offices and wiring closets. Electrical connections using twisted pair or coaxial cable are used within a building. Optical fiber cable is used for long distances or for applications requiring high bandwidth or electrical isolation. Many installations use structured cabling practices to improve reliability and maintainability. In some home and industrial applications power lines are used as network cabling. 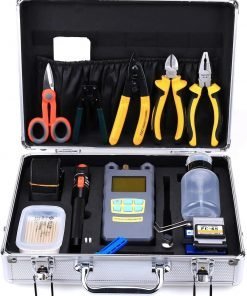 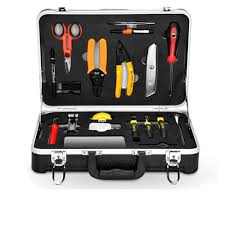 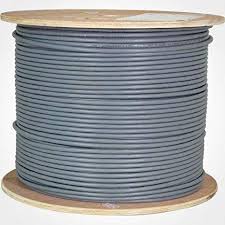 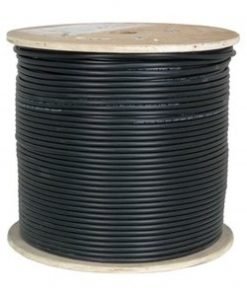 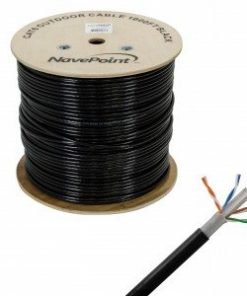 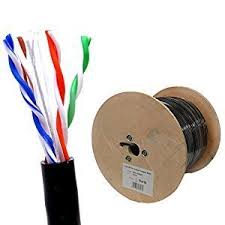 Twisted pair cabling with the ubiquitous “RJ-45” 8P8C modular connector is a form of wiring in which pairs of wires (the forward and return conductors of a single circuit) are twisted together for the purposes of canceling out electromagnetic interference (EMI) from other wire pairs and from external sources. This type of cable is used for home and corporate Ethernet networks. Twisted pair cabling is used in short patch cables and in the longer runs in structured cabling. An Ethernet crossover cable is a type of twisted pair Ethernet cable used to connect computing devices together directly that would normally be connected via a network switch, Ethernet hub or router, such as directly connecting two personal computers via their network adapters. Most current Ethernet devices support Auto MDI-X, so it doesn’t matter whether you use crossover or straight cables. These are

An optical fiber cable consists of a center glass core surrounded by several layers of protective material. The outer insulating jacket is made of Teflon or PVC to prevent interference. Optical fiber deployment is more expensive than copper but offers higher bandwidth and can cover longer distances. There are two major types of optical fiber cables: short-range multi-mode fiber and long-range single-mode fiber.

Coaxial cables confine the electromagnetic wave inside the cable, between the center conductor and the shield. The transmission of energy in the line occurs totally through the dielectric inside the cable between the conductors. Coaxial lines can therefore be bent and twisted (subject to limits) without negative effects, and they can be strapped to conductive supports without inducing unwanted currents in them. The most common use for coaxial cables is for television and other signals with a bandwidth of several hundred megahertz to gigahertz. Although in most homes coaxial cables have been installed for transmission of TV signals, new technologies (such as the ITU-T G.hn standard) open the possibility of using home coaxial cable for high-speed home networking applications (Ethernet over coax).

A patch cable is an electrical or optical cable used to connect one electronic or optical device to another or to building infrastructure for signal routing. Devices of different types (e.g. a switch connected to a computer, or a switch connected to a router) are connected with patch cords. Patch cords are usually produced in many different colors so as to be easily distinguishable,[1] and most are relatively short, no longer than a few meters. In contrast to on-premises wiring, patch cables are more flexible but may also be less durable.

Although power wires are not designed for networking applications, new technologies like Power line communication allows these wires to also be used to interconnect home computers, peripherals or other networked consumer products.